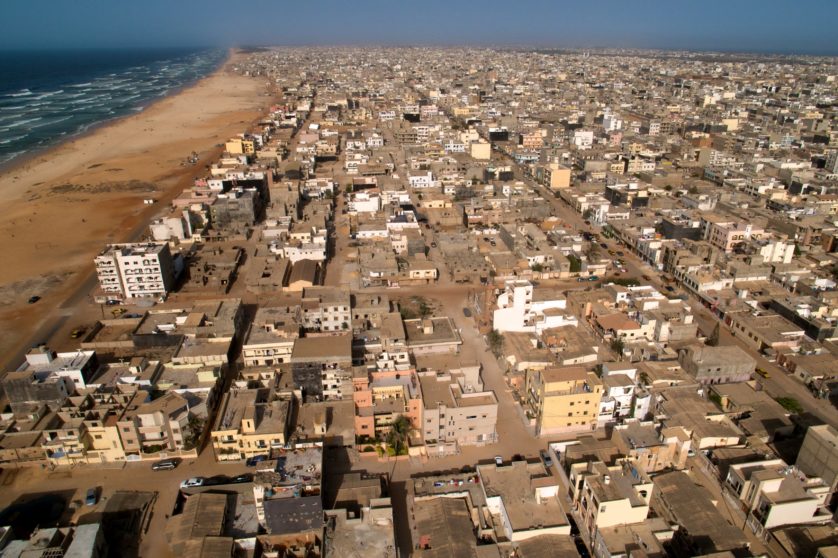 In 2014, Senegal adopted its current development plan, “Plan Senegal Émergent”, with the main goal of bringing the country to an emerging economy status by 2035, with the mobilisation of property taxes as crucial to the Senegalese context.

As a result, modernising the property tax system in Dakar, the capital city, could have far-reaching positive effects. However in Sub-Saharan Africa, property taxes amount to two percent of fiscal revenues on average, against around nine percent in the OECD, and this figure is even lower for Senegal, at 0.3 percent.

Since 2017, we have partnered with the Senegalese Tax Administration (Direction Générale des Impôts et Domaines -DGID) to assess the hurdles of property taxation and to develop an improved property tax administration system. Over the course of our partnership, we have discovered that the methodology used to assess property values and hence tax liabilities was a crucial issue that needed to be addressed for an effective property tax reform.

Property owners in Dakar are subject to an annual tax, corresponding to five percent of the rental value of their property — the total value that could be claimed by the owner if the property was rented at market value.

Although property tax revenues are allocated to local budgets in Senegal, the legal framework is set at a national level, and assessment and collection activities are managed by different central government agencies.

The Tax Administration (DGID) is in charge of creating and updating the valuation roll, and the National Treasury of collecting payments. In theory, property owners are supposed to make annual declarations to the Tax Administration, indicating the values of their properties, and, after the hand-delivery of tax notifications by the treasury, they are required to pay in-person at a Treasury Office.

However, the system is under-performing.

In the absence of spontaneous declarations by property owners, the administration is mandated to carry out field work and agents must determine property values based on discussions with owners and tenants, and their knowledge of market values. This system can be labelled as discretionary.

Because both these field operations and spontaneous declarations are rare, not only is the valuation roll incomplete, but the registered values are also outdated. In spite of soaring market rents, the administrative data shows that only 0.9% of property values were updated at some point between 2016 and 2020.

Using a combination of fiscal, cadastral, and survey data for 2,474 property owners in the region of Dakar, we estimate that only 15 percent of all plots in the region are registered on the tax roll.

Our analysis also reveals that there is a substantial share of taxpayers who were registered in the property register at some point, but for which there was no continued monitoring over time. In total, 42 percent of owners already paid property tax at least once in the past.

When asked why they did not pay, 86 percent respondents indicate that it is because they didn’t receive a tax notification (Figure 1).

Figure 1: Reasons for not paying property tax as declared by property owners Note: Property owner survey conducted in 2018. 2,474 respondents. This question was asked to all respondents that declared not having paid the tax in 2018. Respondents could select multiple answers among those listed.

Who is in the tax net?

Empirically however, our data shows that the probability of paying the tax only moderately increases with property value. Using property values, we were able to compare the distribution of the tax burden with the predicted one that would be observed under full compliance. For higher property values, there is a stronger likelihood that the tax paid is lower than the estimated tax calculated based on property .

Under weak enforcement, the taxation burden appears more regressive than what is provided for in the legal framework.

These shortfalls can be attributed to a set of factors that the diagnostic allowed to identify, among which the reliance on a declarative system in a context with low tax education, the absence of a harmonised addressing system, the under-utilisation of unique property or taxpayer identifiers, overly complex protocols for property valuation in the field, and finally, insufficient information sharing between the administration in charge of assessments and managing the valuation roll (the Tax Administration), and the one in charge of distribution and collecting payments (the National Treasury).

This situation led all parties to agree on the relevance of introducing a valuation method that would not rely on spontaneous declarations, nor on agents’ discretion, and that would also be feasible at a large scale for an administration with limited resources.

We therefore developed a semi-automatised valuation method, tailored to the needs of the Senegalese context. This methodology is conceptually akin to a Computer Assisted Mass Appraisal approach (as exists in South Africa for instance), but with an effort to keep the valuation formula simple, and relying on easily observable property characteristics, in line with the points-based methodology currently being tested in other African cities (Freetown) in partnership with the African Property Tax Initiative. The valuation method has been incorporated in the new property tax management software.

To establish a simplified and semi-automatised valuation method, it is important to carry out the following steps, from which we draw suggestions for potential future projects with the same objectives:

Not only can this method contribute to fund much needed urban planning projects, but their management through modernised systems can also create an important source of information for the authorities.

This is important in the Senegalese context, as recent legal developments have accentuated decentralisation. As a result, municipalities all across the country now have greater responsibilities, including  financing a wider array of local public services and helping raise the revenues allowing them to do so.

A semi-automatised method may be the way forward to help ensure Senegalese cities develop in a sustainable way.

Justine Knebelmann
Justine Knebelmann is a PhD Candidate at the Paris School of Economics. She will be a J-PAL Postdoctoral Associate with DigiFI at MIT in Fall 2021. Justine studies study fiscal capacity in developing countries. She has been collaborating closely with tax administrations in Sub-Saharan Africa since 2015, and have been managing a digitalization program for property taxes in Senegal. Her research interests are in the fields of Development, Public Finance, Economic History and Urban economics.

Victor Pouliquen
Victor Pouliquen is a Postdoctoral Prize Research Fellow in Economics at Nuffield College and the Department of Economics at the University of Oxford. His research focuses on how public policies affect formal and informal institutions in developing countries.
Share:

Ce blog est également disponible en Français