During 2019 and 2020, governments of over 130 countries, led by the OECD and G20, are considering radical reforms to international rules that shape the taxation of multinational companies. Earlier this month ICTD, together with the BEPS Monitoring Group, held a two-day workshop in London to discuss the implications of these developments for developing countries.

The workshop was attended by representatives of international organisations, governments, civil society and academia from five continents. Notably, we were joined by Pascal Saint-Amans, Director of the OECD Centre for tax Policy and Administration, and Eric Mensah, co-Chair of the United Nations tax committee and a member of the tax working group of the Group of 24 developing countries. It was held under the Chatham House rule, which allowed for frank and confidential comments by the different participants.

Proposals on the table include two components. The first overhauls existing tax rules’ insistence that a business must have a physical presence in a country before it can be taxed there, as well as the way in which the profits of a multinational company are shared out between the countries in which it operates. This resolves the problem that digitalized companies can generate significant revenue in a country through online transactions, while shifting their taxable profits into low-tax countries. Its implications go far beyond technology giants, and are more radical than most observers thought possible. The second set of proposals ensure that companies pay a minimum amount of tax in countries where they operate, as well as overall on their global profits.

The group examined the proposals from a technical standpoint, as well as considering a number of issues relating to low-income countries, including:

See a summary of the discussions in the BEPS Monitoring Group report. ICTD will continue to follow this agenda as it develops, supporting research that helps low-income countries to navigate a fast-paced and technically complex agenda. 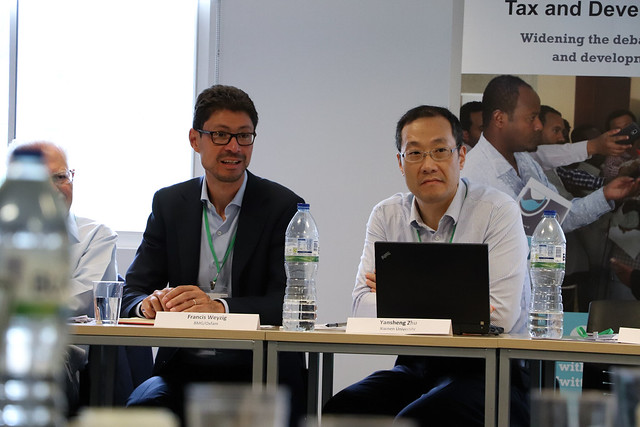